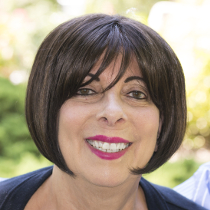 My research has ranged from early applied work on indigenous identity and tribal recognition among Native Americans to the recent retheorizing of concepts and models that play a central role in anthropology, whether of space/time, the aesthetic, or the unconscious. My main focus is on the body and embodiment, primarily in the context of consumer capitalism. I approach the body as a locus of power and embodiment as a site of culturally ascribed and disputed meanings, feelings, and experiences of being-in-the-world.  In all of my work, my abiding interest has been in the institutions, representations, practices, and structures of knowledge that create and maintain cultural, gender, and racial inequality and oppression, whether in the context of cultural encounters such as colonialism, tourism, and ethnographic research or of consumption at the mall, museum, movie theater, academy, and tourist site. Exploring the relationship of aesthetics to politics, I have been equally concerned with the role imagination and desire play in constituting oppositional subjectivities.

I am a feminist anthropologist committed to an engaged anthropology that exposes the complex relationship of political ideologies and practices to cultural expressions to better understand how to confront oppression and envision alternatives. I have been particularly concerned with the politics of knowledge and specifically with a reflexive anthropology that explores the politics and ethics of the ethnographic encounter itself.

Most recently, I have put my commitment to engaged anthropology into practice as an International Scholar with the Open Society Foundation (OSF), a non-profit foundation that promotes democratization in post-socialist countries by supporting educational, legal, and economic reform as well as public health and human and women's rights. As part of OSF's Academic Fellowship Program, I have been an International Scholar in Cultural Studies in Bulgaria at Sophia University, in Anthropology in Kosovo at the University of Prishtina, and in Gender Studies at Tbilisi State University, Republic of Georgia. In these capacities I have focused on educational transformation with younger scholars and presented my research to faculty from all over Eastern Europe and Central Asia.

Over the last three decades, I have conducted research, published, and/or offered courses in the following areas:

The Body and Embodiment: gendered, racialized, and eroticized/exoticized bodies; historic and contemporary body practices; embodiment; the senses and aesthetics; materiality and semiotics of the body

Gender, Race, and Difference: feminist anthropology; historical and contemporary politics of gender, racial, and ethnic difference; difference and globalization; bodies and difference; race and the aestheticization of bodies and politics

Psychology and Culture: intersubjectivity; desire and imagination; subjectivity, language and embodiment; objects and desire; the unconscious; cultural narratives and identity

United States: Most of my fieldwork is multisided and takes place in the United States, especially at sites of consumption. In addition to work on consumer populations, I have conducted research with Native Americans, student protestors, men and women with body modifications, young women with writing difficulties and eating disorders, craftspeople and artists, and a range of cultural producers, among others. I have also conducted fieldwork in the British West Indies and Mexico.

A Companion to the Anthropology of the Body and Embodiment (Wiley-Blackwell, 2011) offers original essays that provide new insights on body politics and experiences of the body. Original chapters by many of the leading experts on the body and embodiment in anthropology today cover historical and contemporary approaches and highlight new research frameworks.

Paul Stoller (West Chester University of Pennsylvania) says this of the book: “Frances Mascia-Lees has compiled a breathtakingly comprehensive volume on the anthropology of the body. The chapters are creative, sometimes daring, and always insightful. The collection takes our comprehension of the body in social and cultural life to a new level. The volume will be read and debated for many years to come.”

Taking a Stand in a Postfeminist World: Toward an Engaged Cultural Criticism was published by SUNY Press in 2000. Paul Stoller, author of Jaguar: A Story of Africans in America, writes of Taking a Stand: "Mascia-Lees and Sharpe are keen observers of contemporary culture, scholars who cull evidence carefully to reach their conclusions. What's more, they combine careful scholarship with representational inventiveness. They take creative risks with voice, structure, and subject. I'm sure their various takes on the post-feminist world will please many, anger others, and stimulate all." Read excerpts of this book here.

Review of Taking a Stand

Review of Gender and Anthropology

Women's Realities, Women's Choices introduces readers to the field of women's studies by examining the contradictions between social and cultural "givens" and the realities that women face in society. Written collectively by nine authors from as many fields and disciplines, the book acknowledges the gap between women's realities and their choices--and both analyzes that gap and looks at ways to bridge it.  Read excerpts from an earlier edition of this book here.

Tattoo, Torture, Mutilation, and Adornment: The Denaturalization of the Body in Culture and Text was published by SUNY Press in 1992. Howard Eilberg-Schwartz of Stanford University writes of Tattoo, Torture, Mutilation, and Adornment: "This exciting book engages the most current debates about the representation of the human body, especially the female body in various media such as film, literature, and popular magazines. Thoroughly conversant with the latest in feminist criticism, gender theory, and the predicaments of postmodern culture, the authors explore various narratives and images through which the gendered body is currently represented." Read excerpts of this book here.

Anthropology Goes to the Movies: Ethnographic, Documentary, and Popular Film

Anthropology of the Body